Celebrating the first anniversary of Cross-Pollinator:

Its known highest score is still 72.
Can you find a better one?

A few months ago I created another game.

Ever wanted to learn Morse code?
Start by learning to identify the sound of a single letter within 5 words at a speed of 24 WPM (words per minute).

Try this simple method to complement your practice and test your skills with daily challenges at MorseCodeCore.

Recollect is a game of memory and luck.

Sixteen letters: eight orange and eight blue.
The goal is to sort the letters by hidden color: orange above, blue below.
Initially they are mixed and we don't know which is which.
The game ends when all letters are correctly sorted (success) or when there are no more attempts left.

If you are very lucky, you can succeed with only 8 attempts and without the need to memorize the color of any letter.
However, even with an eidetic memory, you may need all 32 attempts to succeed, if you are very unlucky.

If you hate memory games, Recollect is not for you.
Otherwise, give it a try and you might come to love it.

Having computed the optimal number of moves from each position to the final one in SlidingMin, I have upgraded the game difficulty to its maximum.

There is a total of 239500800 different valid positions.
Only 3 of these positions require 53 moves to solve (not 18 positions, since for SlidingMin the blank is located at the middle right of the 3x4 grid and not in the corner as usual).
Here is the distribution: 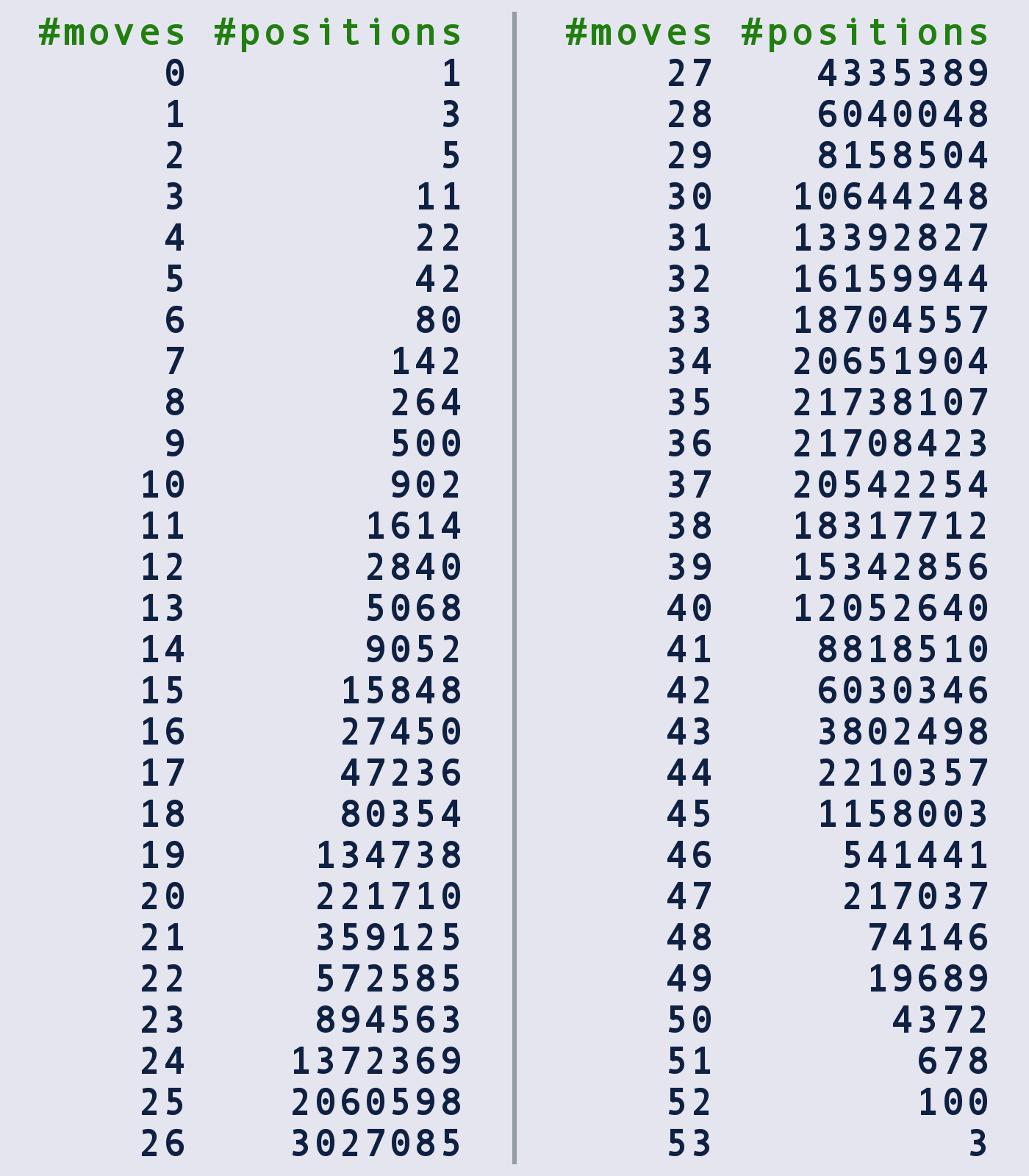 There are many online solvers for the 15 Puzzle and variants, but people can learn how to reach an optimal solution in SlidingMin without solvers, since this game automatically increases the amount of hints it gives, thus decreasing its difficulty throughout the day, until there are only 10 moves left.
SlidingMin also rates solutions (five stars for the optimal) and allows people to play together.

There are other novelties ready at GameBot.club, including the fourth and the fifth kinds of daily challenge.
I will address those in subsequent posts...
Enjoy!